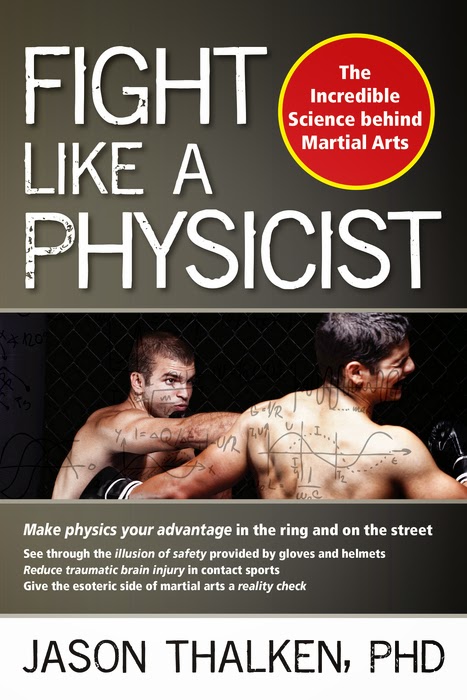 Order your copy today on Amazon

Fight Like a Physicist provides an in-depth, sometimes whimsical look into the physics behind martial arts for sport and self-defense. Whether you are an experienced martial artist or a curious enthusiast, this book can give you an "unfair advantage" by unraveling the complex science of effective fighting techniques and examining the core principles that make them work.

In addition to breaking down the principles behind the punches, Dr. Thalken, a computational physicist with a long history of martial arts across various styles, applies the mind-set of a physicist to a number of controversial topics in the martial arts:
Dr. Thalken invites readers to take a scientific approach to training and fighting, and provides all the tools necessary to get the most out of their experiences and make their training count.